While door knobs may not sound very interesting on the surface, the truth is that much of the history over the past two centuries have involved the use of door knobs made from different materials. Before the mid-18th century, the door latch was the most common way to secure a door.

The invention of the door knob and the internal mechanics that allows for the easy locking and unlocking of entranceways changed the way doors were designed. Plus, the use of the door knob allowed for interior doors to be practical since they could be opened from both sides easily.

In addition to its development, the material used to create door knobs changed over the years as well. One of most interesting is still being used today, although it is not nearly as popular. Glass crystal door knobs were once quite popular during two different centuries. While many people collect antique crystal door knobs and even use vintage crystal door knobs in their homes, they have been surpassed by their metal counterparts for the past several decades. 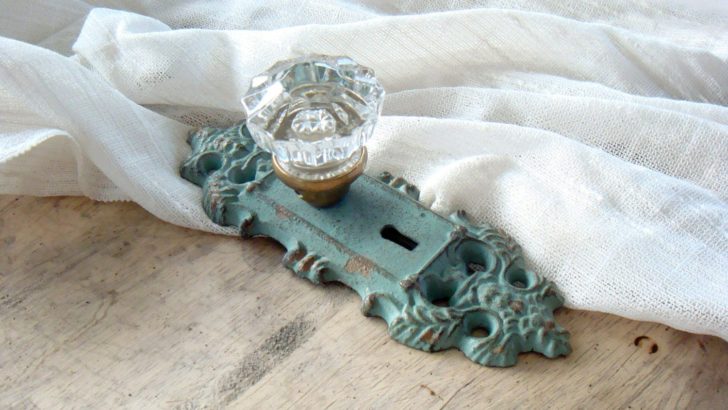 The use of crystal door knobs with lock and without a lock is one that many collectors strive to find at local antique stores as well as the internet. The history and usage of exterior and crystal interior door knobs is one that shines a light on our past.

Although the precise date of the use of crystal or glass for door knobs is not known, it is believed that they were first used at the turn of the 19th century when the manufacturing industry had undergone some technical advances. These advances allowed for the proper melting and molding of glass or crystal so they could be used in several different products. It is known that the technology for pressing glass that was melted or molten into different types of molds was invented around 1826.

The antique crystal door knobs that were invented during this time was considerably different than versions you see today. Back then, the glass had a watery appearance which was not anywhere close to the clear productions that you see today. There are several reasons why, but it is mostly because of how glass is produced today that is the difference.

Through the rest of the 19th century, glass door knobs were manufactured by various companies, but they were not very popular. It is true that some homes of the well-to-do had glass crystal door knobs. However, there were other materials being used at the time which were popular as well. All of this changed when the United States joined Great Britain and France in 1917 to fight in World War One. 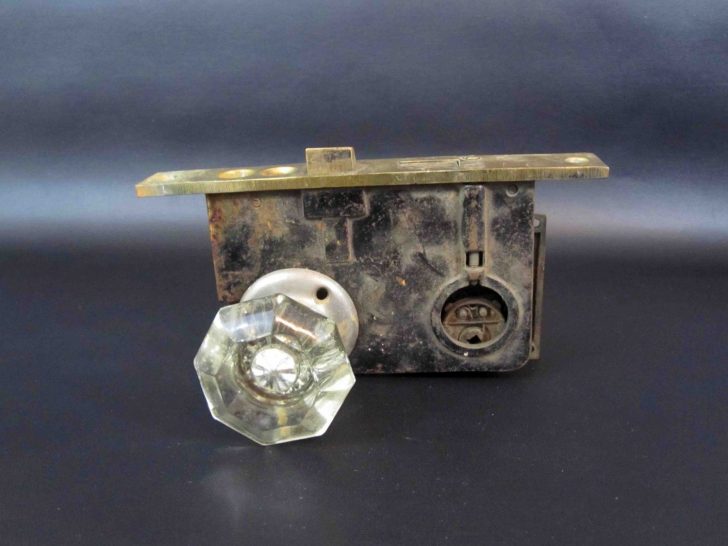 The shortage of materials such as brass, bronze, and iron that were popular for the creations of door knobs were suddenly needed for the war effort. This left door knob manufacturers to fall back on crystal as being the best material to replace the metals that had previously been used. When the war was over, the conversion back to metal door knobs was slow in part because so many Americans now preferred crystal door knobs.

The crystal was durable, easy to maintain, and enhanced the beauty of their homes while being reasonably priced. It was common for many home owners at the time to replace their older door knobs with crystal interior door knobs that fit their decorating style. The Great Depression and World War II only enhanced the use of glass or crystal door knobs as the supplies of metal became scarce during the war effort.

By the mid-1950s, crystal door knobs have diminished considerably and while they are still being made today, they are not nearly as in demand compared to the war years. This is mostly because of their expense and the desire by many to use older vintage crystal door knobs which can be found in antique stores and the like. 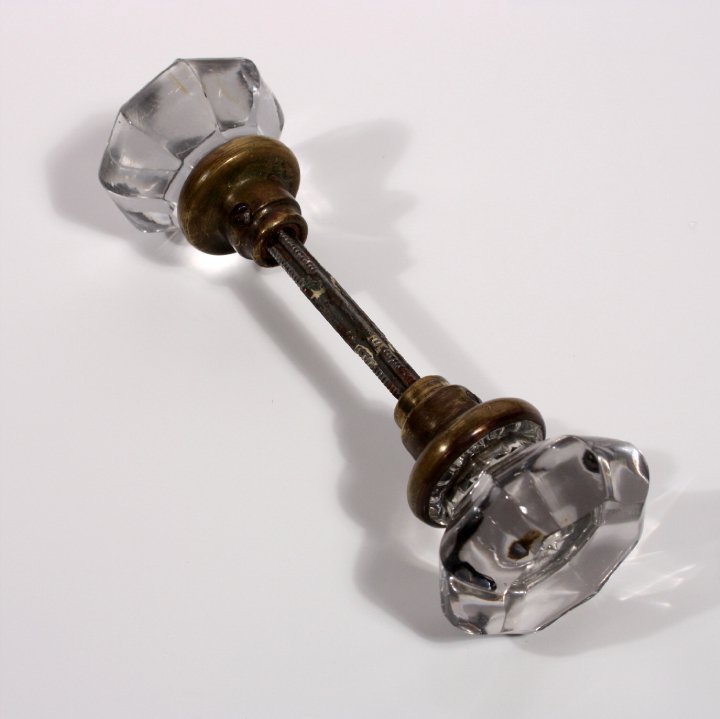 Because the glass door knobs were often made by small manufacturing firms, there is a considerable variety of antique crystal door knobs that can be found on the market today. Clear was the most common type, although they were watery in appearance compared to the sharp clarity that you see today.

Colored glass was also used, but not nearly as often because of the expense. Of the different colors, cobalt blue was arguably the most common followed by a robin’s egg blue, violet, red, and green. There was also white milk and Vaseline glass which were not as popular. 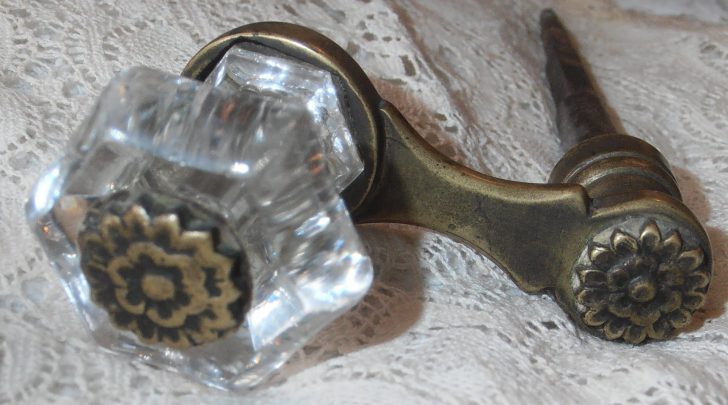 Most antique crystal door knobs had six, eight, or twelve facets and ranged in shapes from ovals to globes depending on their manufacturer. Plus, all of them had their design include the base of the glass knob which could be bullet, star, or pinprick. Today, glass doorknobs are crafted from lead crystal and quite beautiful. Their sharpness and clarity is quite remarkable and they can easily be distinguished from the vintage crystal door knobs of the past. They are very clear, well designed, and quite lovely for the home.

Today, you can expect to pay $20 per pair of antique glass door knobs assuming they are in good condition. The cut crystal balls however are quite expensive, running upwards of $500 thanks to their rarity. As with any collectable, its rarity and demand will dictate its price, so you will need to shop around to find knobs that are well suited for your home or collection. Plus, you will need to inspect them to ensure that the crystal is not chipped or broken because they are virtually impossible to restore. 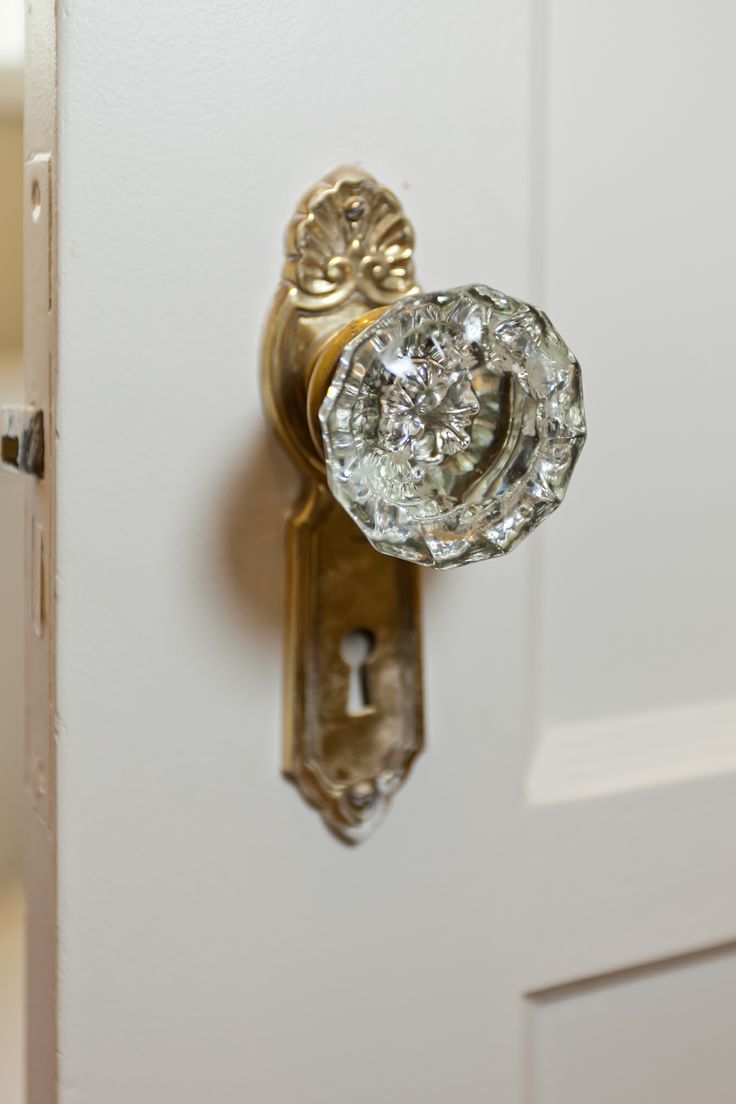 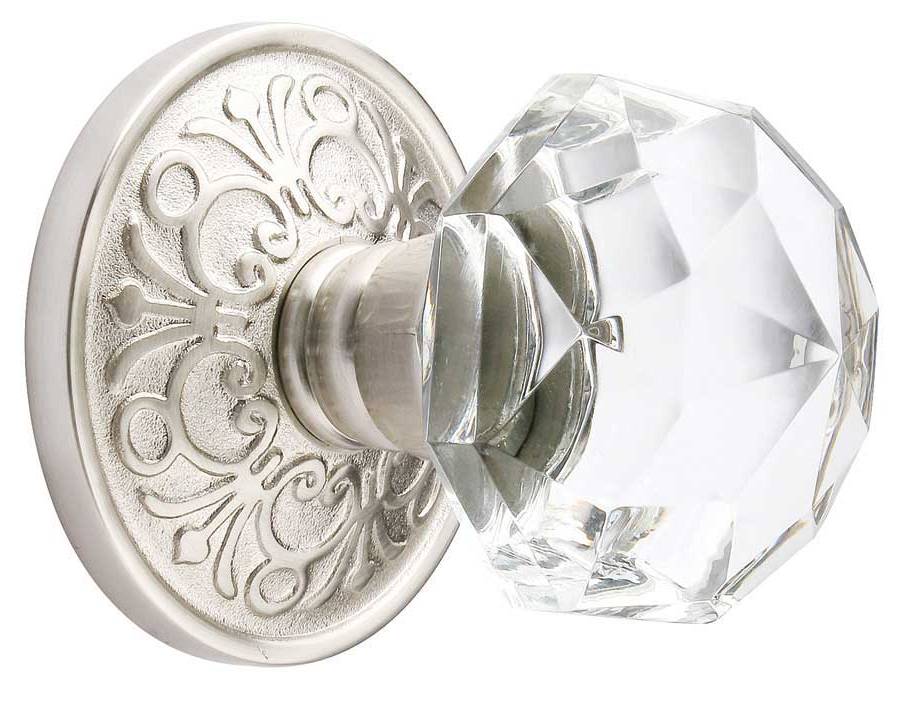 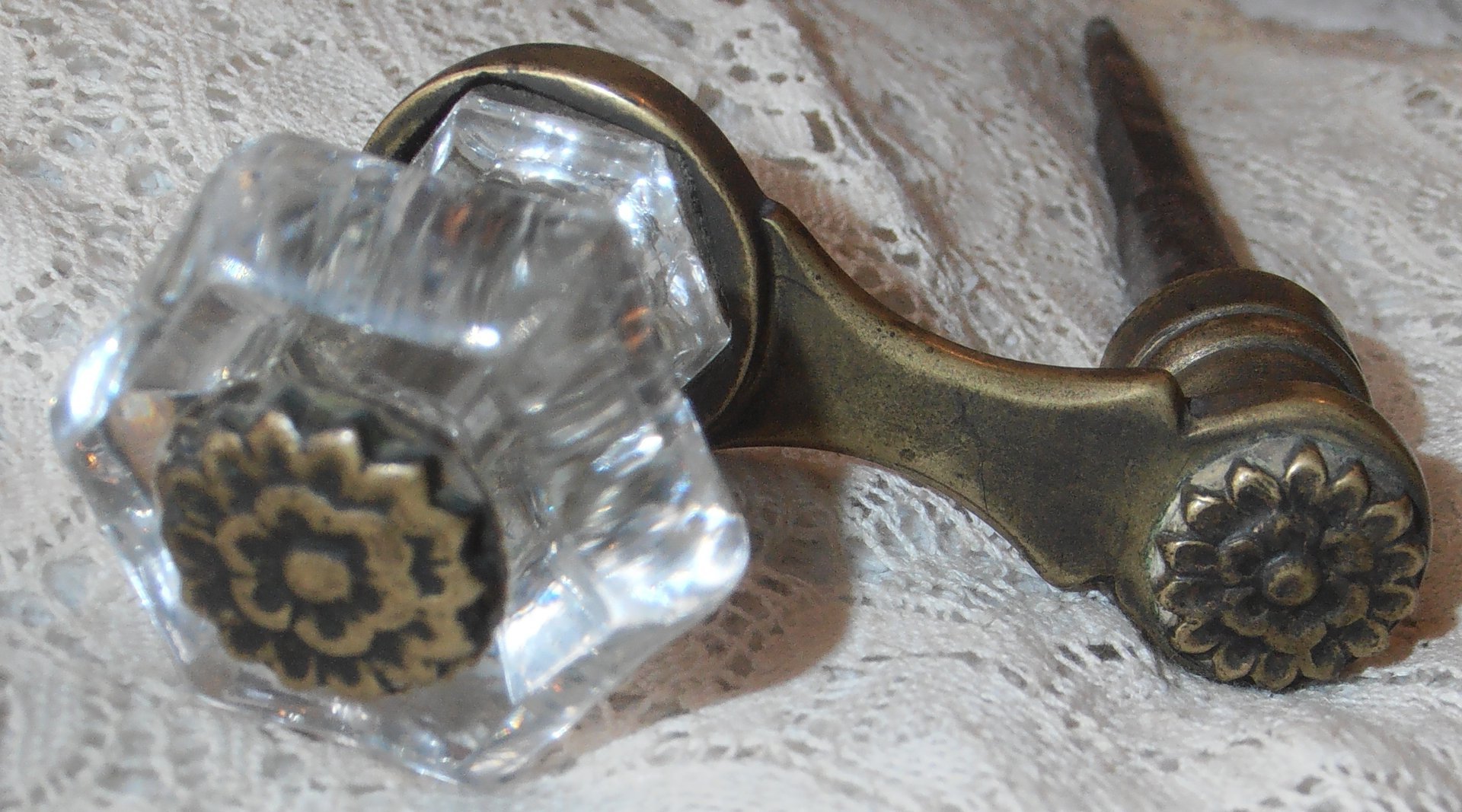 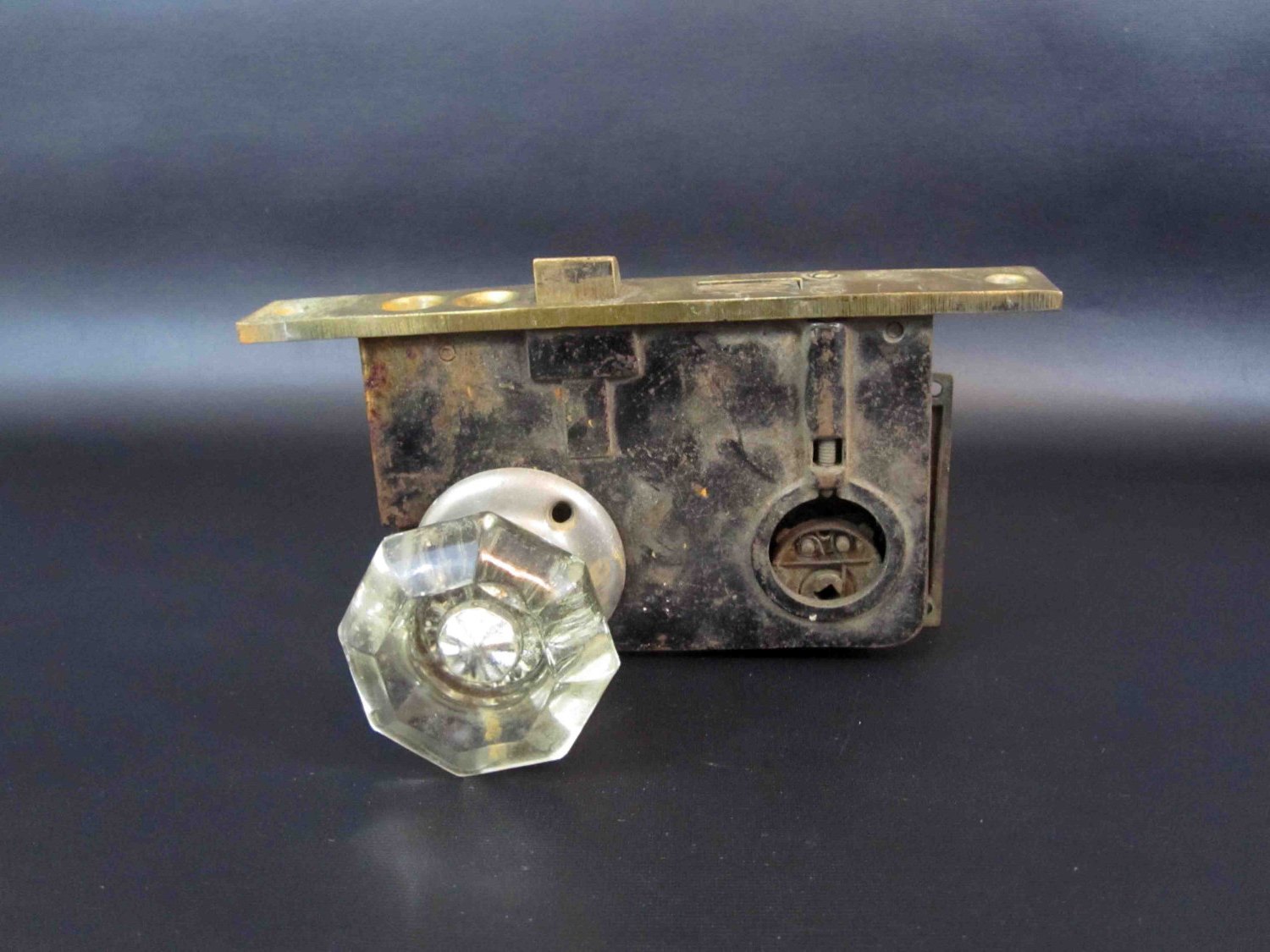 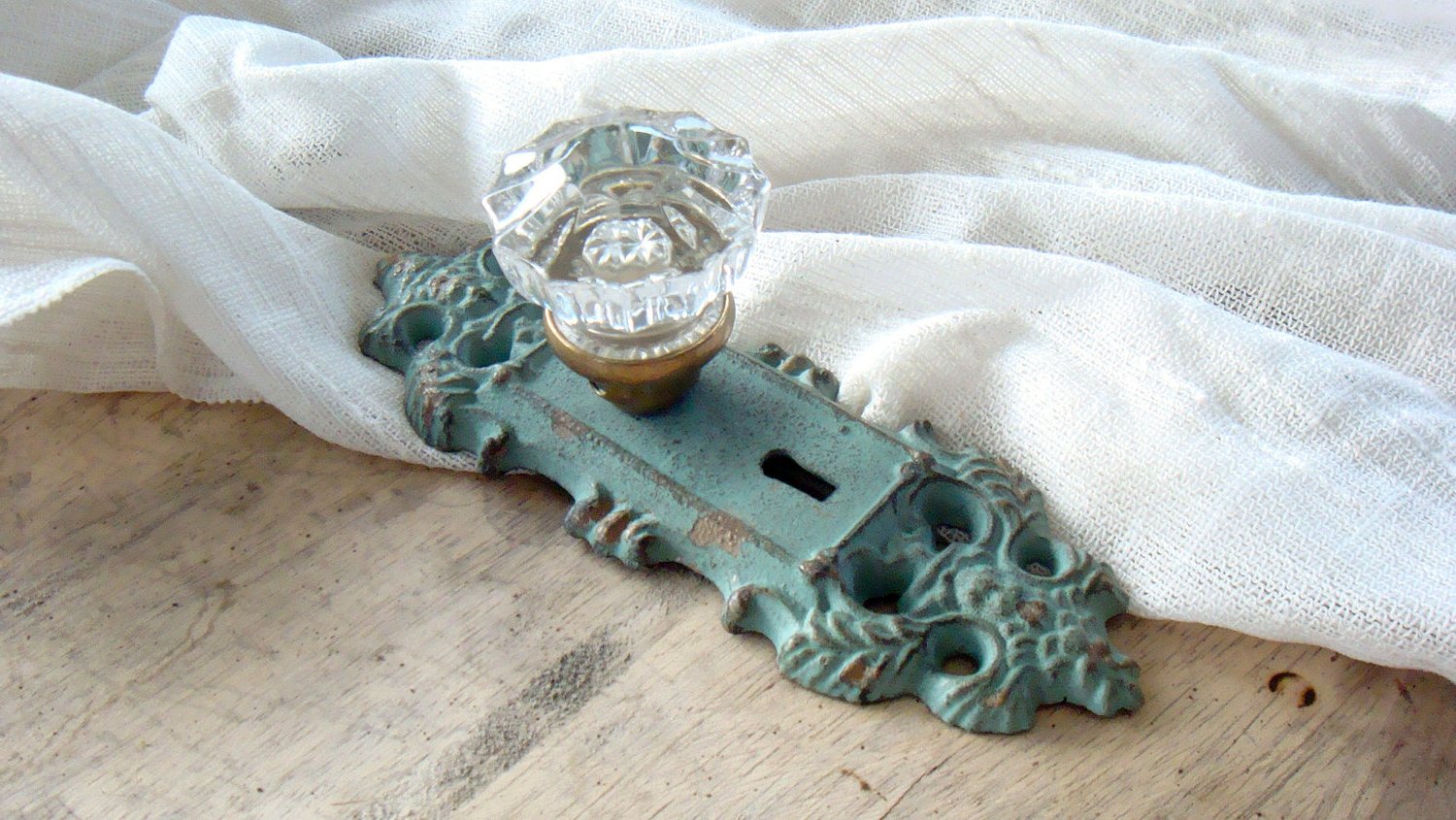